Less than 100 entry slots are available for the Middle Distance race in the tenth anniversary year of the hep CHALLENGE HEILBRONN powered by AUDI. With this, the race in Heilbronn is heading for a new registration record.

In addition to the very positive feedback on the new bike course since 2018, the increase should also be a result of the alignment of the German Championships in the middle distance. For the second time, the national champions will be crowned at this event in Heilbronn.

If athletes want to succeed the German champions Laura Philipp and Andreas Böcherer, who won in Heilbronn in 2016, you have to hurry with the remaining number of starting slots. Registrations are regularly possible until the beginning of May, but the organizers expect the remaining slots to be assigned until the next price jump on 16th of January, 2019.

Thereafter, it is to be hoped that slots return from blocked contingents or cancellations of athletes. But from experience, this will not be a huge number. So even before the actual race day in May, it means “being already fast right now in #the heart of the city center”. 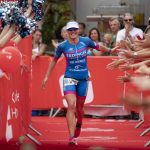 Defending champion again in Heilbronn in 2019: Daniela Sämmler wants the “triple” in the anniversary editionPress 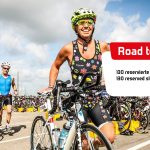