Sparkassen CHALLENGE HEILBRONN powered by Audi 2018 on next Sunday: World champions and local heroes will start

Less than a week ahead the 4th issue of Sparkassen Challenge Heilbronn powered by AUDI will start with several alterations. New courses, new time schedule, new faces – the team of race director Kai Sauser has planned a lot for the 1,800 triathletes from 36 nations that will stand at the start line on 17 June 2018.

The men’s field is also very well “equipped”. Together with former champions Andreas Böcherer and Sebastian Kienle promising local hero Malte Plappert of Kienles home team Tri-Team Heuchelberg will start, who excelled as third at the presumably tough Cannes International Triathlon at the season’s start. Further athletes as Horst Reichel and Swiss Sven Riederer will also attempt to get the title.

Largest alteration 2018 is the bike course. For the first time, it will not only run through the Zabergäu area but also the Leintal and Kraichgau along federal road B293 until Eppingen. “The feedback from the athletes after our test ride was overwhelming,” says Sauser, “they also liked the steep climb at the Heuchelberger Warte towards the end of the bike.” The following run course is also changed a bit, now it runs on the eastern bank of the river Neckar only with a turning point in the Wertwiesenpark public park.

The time schedule was revised as well. „Our aim was not only to make the race even more interesting for athletes but also for the spectators. Furthermore, the new time schedule enables us to reduce the time of closed roads for the residents remarkably,” the race director states happily. The first start will already be at 08:45 am for the athletes on Olympic Distance, at 09:15 am Challenge Half starts and at 10:05 am Sprint Distance. And as in previous years, the entire race will be broadcast live from 8.45 am worldwide on www.challenge-heilbronn.de.

Attractive side program for the whole family

Also 2018 there will be an extensive side program. The kick-off on Saturday 16 June 2018 will be conducted by the little ones: Kids from age 6 years will start at the Junio Challenge Heilbronn powered by Soehnergroup of Tri-Team Heuchelberg from noon. At about 04:30 pm ladies can run the 5k at Challenge Women’s Run, traditionally hosted by the Soroptimist Club Heilbronn.

After the Maultaschen carbo loading party and the race briefing at the Kolbenschmidt-Arena hockey stadium the pre-race day will end frim 06:45 pm with the pro talk and following the live music at the Neckar stage nearby. There is also something new: for the first time the acoustic pop rock reggae band “Dicke Fische” will enter the stage. But one thing remains the same according to Kais Sauser: “The concert will be for everybody, Heilbronn residents and guests and will therefore also be free of charge in 2018!” 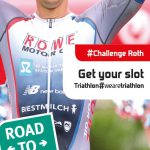 Get one out of the 130 slots for Challenge Roth 2019Press 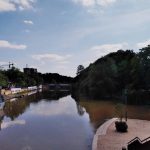