The first surprise for the tenth anniversary year is now noted: as part of the Challenge Heilbronn powered by Audi, the German National Championships will be held over the middle distance on 19 th of May 2019. After 2016, the national champions will be crowned again next year in Heilbronn.

“We are thrilled to have won the bid,” organizers Kai and Rik Sauser are delighted, “and we will definitely be a worthy and highly attractive host.” Andreas Böcherer and Laura Philipp were the title holders in 2016 and the organizers hope for a new start of the two national figureheads of the German triathlon sport. With the challenging profile of the new Heilbronner cycling route it will certainly be an exciting championship for spectators and athletes. On 19 th of May 2019, it is not only ten years Triathlon #intheheartofthecity but also also German Champions wanted in the middle of a big city.

Already registered participants with a valid starting pass of the German Triathlon Union DTU automatically slip into the classification for the National Championships. For all other registrations, subject to availability and participant limit, check www.challenge-heilbronn.de until 11 th of May 2019. 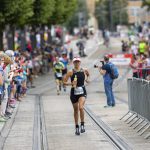 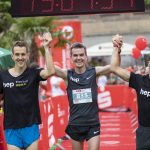